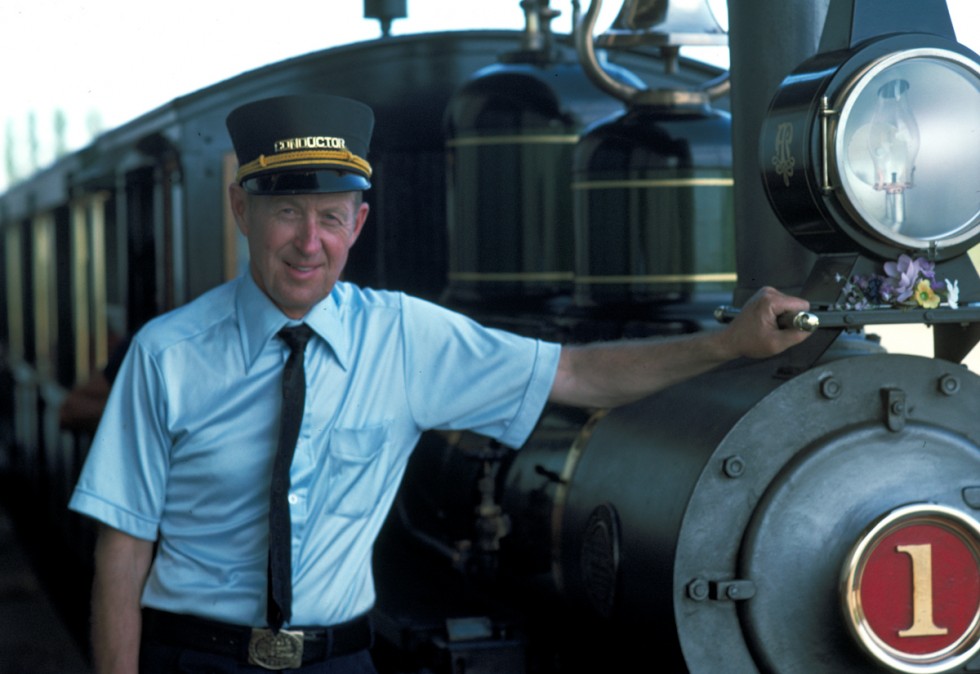 It may not be quite what city founder Amos Bowman had in mind, but the recent return of Tommy Thompson’s steam powered train is destined to draw countless admirers to this island community.

Like Bowman, the late Tommy Thompson had an Anacortes dream built around steam-powered trains. That dream, described in a 1986 interview with this writer, inspired decades of work culminating with establishment of the Anacortes Railway.

Tommy, who died in 1999, always had a clear sense of goals, a character trait that set him apart from those who never quite bring their dreams into focus.

When Thompson ran his train from 4th Street to 9th and Commercial in the Eighties, the price of a ride was fifty cents.

What clearly distinguished Tommy was the 18-inch gauge Anacortes Railway, a unique steam-powered train that for a wonderful season in the 1980s chugged up and down tracks on the north side of the city.

The Anacortes Railway story began 51 years ago when Tommy, then an engineer at the Shell Anacortes Refinery, walked the beach at Ship Harbor while waiting for a ferry to the San Juan Islands.

“I had to wait almost three hours,” Tommy recalled in 1986. “But while I was walking on the beach I looked around and thought, ‘Wouldn’t it be great to see a train running from the ferry terminal to Washington Park?’ I didn’t know then what size it would be, but my railway dream was born.”

Tommy, who had moved from Seattle in 1955 as an equipment engineer while the refinery was still under construction, began researching his dream. In 1965, a trade magazine item led him to South Dakota, where a mining company was surplusing equipment including a small compressed air engine. Tommy bought the engine, along with more than a ton of spare parts, and not long after that, a train delivered his prize to Anacortes Artist Bill Mitchell’s mural is displayed on the north wall of the Calico Cupboard restaurant on Commercial Avenue.

“I faced a tremendous hurdle,” Tommy recalled. “Coming home at night, it was so easy to kick off my shoes, watch television and read. I had to force myself to go out and work on the engine.”

The hurdle, however, soon dropped away under the powerful force of Tommy’s dream.

From the beginning, the Anacortes Railway was a one-man show. There was only one other 18-inch gauge steam locomotive operating in the world (Exeter, Great Britain) – so for Tommy there was no supply store to aid in turning dream into reality.

At the outset, Tommy converted the compressed air engine to a coal-fired steam engine, dismantling the machine to creat a “Forney” locomotive like that used in elevated railways in Chicago and New York. Because he couldn’t buy parts, Tommy built a foundry in his back yard. He studied books, cut patterns, carved prototypes and then began to cast parts for the engine. “I love to work with my hands,” said Tommy. “I’ve had tools all my life. Even when I had my job at Shell (now Tesoro), I always believed that to be really happy, if one makes his living sitting at a desk, he should be working with his hands to round out the day.”

And so Tommy worked. Five minutes one night, two hours the next. Thirty minutes one day, four hours the next. He doodled, researched, experimented – and then he began to produce each of the hundreds of pieces that ultimately took the form of the handsome 31-passenger Anacortes Railway.

Incredibly, it took Tommy more than 1,700 hours over a five-year period to complete construction of his steam engine, modeled after an 1877 20-inch gauge model. Some 1,400 hours of work later, he had completed the first of three passenger cars.

“The secret of it,” he said, “is doing a little bit every day, even if it’s just five minutes. I’ll never be out of things to do, and it’s something I truly enjoy.”

Tommy reported that even though he retired as a refinery engineer in 1984, he still used engineering skills in his work on the railway. Additionally, he noted, he dabbled in “almost every trade and profession” while working on the project.

Over the course of decades on the project, Tommy was involved in engineering, welding, machining, forging, upholstering, painting, finishing and more.

“You name the subject, and you can find it in this railway,” he said. “It’s so much fun … creating things you visualize in your mind. Rather than dreaming about it, going and doing it!”

For the first time, Tommy ran the train on regularly scheduled public excursions in 1986. His track ran from the historic Anacortes Depot to Fourth Street. This accomplishment was not simple.

“Patience and determination have been the big things,” he said. “A train is not like an airplane or a car. The difficult thing has always been finding a place to run it.”

For a number of years, the steam-spewing Anacortes Railway locomotive chugged, whistled and clanged over tracks laid at the summer Anacortes Arts and Crafts Festival (now Arts Festival).

In the summer of 1986, Tommy ran his railway every weekend, 25 days in all. By late 1986 the train boasted a total record of 28,000 passengers – and Tommy’s dream showed no signs of wavering.

“It has accomplished much more than I expected,” he said of the railway’s early history.

In a statement that could have been made by Amos Bowman, Tommy said: “Anacortes hasn’t blossomed yet, but some day it’s going to, and I feel this railway is going to be a big part of it.”

While his locomotive is fueled by coal or wood, Tommy’s Anacortes Railway was fueled by one man’s dreams. The joy was in the opportunity he had to share the dream with others, filling their world for a few minutes with all of the magic that trains have offered since the first track was laid.

Those gathered for the 4th of July parade in Anacortes this summer had the opportunity to celebrate not only the nation’s independence, but the return of Tommy’s train. After 13 years in storage at the Georgetown Steam Plant Museum in Seattle, a decision by Tommy’s widow Anne brought the narrow gauge train “home.”

Although plans for the train are still cloudy, Museum Director Steve Oakley expressed the city’s gratitude for Anne’s donation.

One possibility is to create a static display on a section of track near the Depot Arts Center. It remains to be seen as to whether private contributions can finance display or operations, but if Tommy was still alive, he would certainly continue to be a passionate promoter.

After all, Tommy claimed his steam engine was much more than just a machine.

“Man never came so close to re-creating himself in a machine as he did with the steam locomotive,” he said. “I know it’s just a piece of machinery, but I really get the feeling it’s having fun.” 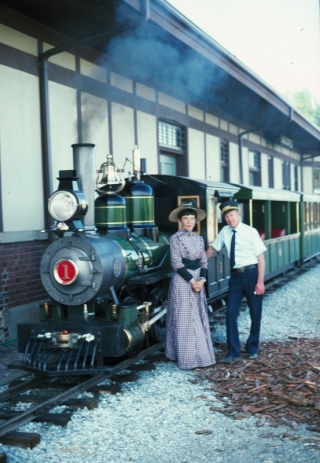