Sid Olson of the Spoiled playing at the Depot circa 1983. (Photo by Kevin Olson)

Like many first bands, the Spoiled didn’t last for long. A year after Calvin first saw the Anacortes punks get shut down at the Summit Park Grange Hall, the band had split up. Two of the members, Nilo Madeja and lead singer Bryan Elliott, moved to Guam. A year later, Elliott moved to Arizona, where he attended art school and taught himself how to play guitar.

When Elliott returned to Anacortes in the summer of 1984, he was a very different musician. No longer identifying as a hardcore punk, and now endowed with some technical abilities, Elliott’s edge started to soften. He formed a more poppy, acoustic-based group called the Few, and he and his bandmates rented out an old cabin on nearby Guemes Island where they could live and practice in relative peace. One day, Bret showed up with the boom box he had just brought back from Japan. Elliott told Bret about his adventures in Guam and his time in Arizona. Bret told Elliott about his trip to Japan and the band he was now playing in. Bret handed Elliott a cassette. Bret told Elliott the story of the tape’s creation. Gesturing toward the boom box, he invited Elliott’s band to do the same. “I want to record you guys,” Bret said. Soon after, the band had set up its instruments and played twelve songs. Bret recorded every one. After Bret left with the recording, Elliott put the Beat Happening tape in his own cassette player, expecting to hear punk rock. He found something very different.

Some time later, Calvin would show up at a Few performance in Anacortes with the Few’s debut in hand.

PROTO-GRUNGE AND THE BUSINESS IN THE ‘90s When Bret Lunsford moved back to Anacortes from Olympia in 1988, he needed a job. At Evergreen Bret had studied history, community development, and writing, an ideal set of skills, he thought, for a reporter at the local newspaper.

When Bret arrived on his way to the newspaper in 1988, Glen Desjardins offered him a job instead at The Business.

The arrangement was perfect for Bret, allowing him to continue touring with Beat Happening, sometimes for as long as four months. When Beat Happening disbanded in 1993, Bret became more involved with the shop. He added a café and, because Anacortes didn’t have its own record store, started to stock records.

The Business carried a large number of independent releases, including a healthy stock of K and cassette releases from his own fledgling label, Knw-Yr-Own, but Bret also stocked music from major-label bands, like Nirvana and the Red Hot Chili Peppers, that might lure curious customers with more mainstream tastes.

“In Olympia, I got tainted by this vision that people could make their own cultural products, and that some people might be interested in consuming those things,” Bret says. “I just sort of brought that gospel to Anacortes.”

One teenager named Phil Elvrum had first come in to The Business to buy the latest Nirvana release. After reading about Sonic Youth in an article about Nirvana in Rolling Stone, Phil’s curiosity of underground bands grew and he began exploring the independent records that the store had to offer. Sonic Youth led him to Sub Pop, and Sub Pop eventually led him to the K bands that Bret had in stock.

“They had the craziest seven-inches that Bret would stock in the store,” Phil recalls. “I don’t know what he was thinking: who in Anacortes would buy them? I didn’t actually think it was that weird, I was just like, ‘Oh, this is music. This is another kind of music that exists.’ I didn’t have enough of the frame of reference to be weirded out by it.”

Bret was aware of Phil’s interest in the underground and soon started encouraging him to publish a zine, offering Phil free use of the store’s photocopier. Phil did just that, publishing a zine called The Paintbrush with Brandon Schaefer. They printed up thirty copies of the first two issues, which were filled with jokes and reviews of records.

Phil and his friends started their own band with Phil on drums. Tugboat practiced for hours in the shed behind Phil’s parents’ house, playing punk rock songs about food. The band eventually started playing shows at the local Eagles Lodge with Gravel and Captain Fathom, a local band fronted by another young musician named Karl Blau. Phil was soon recording his band in the back room at the Business. Phil quickly became fascinated with the process of recording and was soon spending all of his evenings there, sometimes staying until 2 a.m. “I was just doing music experiments,” Phil recalls. “I didn’t have songs; it was more like, ‘I want to see how low of a sound I could make, and then I want to gradually transition it into the highest pitch, the most distorted sound I could make over two minutes.’ I just recorded the weird things I wanted to try, and then it would become an album.”

What Phil was creating could be called music only in the most liberal sense. Still, it became an obsession of his that he could work on when he wasn’t recording other Anacortes bands, booking live shows at the Business, and breathing new life into Knw-Yr-Own Records, which Bret had mostly abandoned after starting D+, his first band since Beat Happening.

Phil began recording audio collages, crashing drum tracks, and delicate folk songs, with no larger plan than figuring out how to make the sounds that he heard in his head real. In 1998 Phil released his first solo album on the Knw-Yr-Own label, fittingly titled Tests. He named his project after what he viewed as his most important collaborators: the Microphones. It’s an early Saturday evening in late July of 2011 and the sun is setting over the small fishing town of Anacortes. As the wide blue skies of a pristine Pacific Northwestern summer day turn purple, Bret Lunsford, Karl Blau, and Phil Elverum are playing a set of D+ songs in the basement of the Croation Club of America hall as a roomful of old friends and curious fans break bread together. This is the Dinner Show, the spiritual center of an annual gathering of musicians called What the Heck Fest.

A few blocks away, on Commercial Avenue, forty-eight-year old Calvin Johnson is setting up for another of the festival’s shows in an art gallery located downstairs from the apartment where he and Bret and Heather Lewis recorded the song “Nancy Sin” in their Beat Happening days.

“People now are sidestepping that whole process of production and they are almost directly singing to each other,” Calvin said during an interview on Ian Svenonius’s online interview series, Soft Focus. “They don’t need the record store or a record label. They can just do their song on their laptop or their ukulele, and then it’s available instantly, all around the world. It’s really the most basic form of the punk rock revolution. It’s a very exciting time.”

Thirty years later, the K Records label continues to operate in the underground while rightfully claiming a role as one of the most transformative engines of modern independent music. In its history, K Records has fostered some of independent music’s greatest artists, including Beck, Modest Mouse, Beat Happening, Built to Spill, and the Gossip. It has also galvanized the international pop underground, helped create the grunge scene that took over pop culture, and provided a launching pad for the riot grrrl movement that changed the role of women in music forever.

To check out any of the K Records recordings head over to The Business at 402 Commercial. Ave. in Downtown Anacortes. 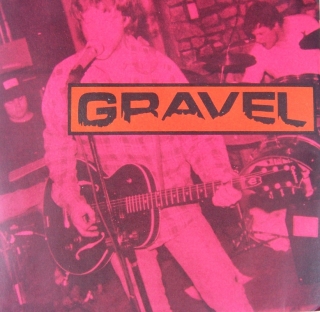