Anacortes: Home of the Original Seahawks

Everywhere you look there’s a Seahawk, on TV, hoodies and foam fingers. The most famous “Seahawks” are obviously Seattle’s football team, which selected their NFL moniker in 1975. Anacortes has that beat by fifty years, when the AHS student body voted to select “Sea Hawks” as our school nickname in February of 1925. This makes the Anacortes Seahawks the “Original Seahawks” in Washington, the United States of America, and probably the first Seahawk named team in the world!

Hatched in a nest of flippancy, both the Anacortes and Seattle Seahawks sifted through comical nominations like Abominable Snowmen, Nibblers, and Rain-Dears, in Seattle’s case; Anacortes students rejected Hill Billies, White Mules and Rum Runners on the way to electing for Sea Hawks, “because it suggests speed, strength, certainty and fighting spirit.” Here’s a tribute the historical foresight of the students of Anacortes High School.

What is a Seahawk? Strictly speaking, there’s no such thing, in zoological terms. The Osprey carries the nicknames Seahawk and Fish Eagle because its talons are uniquely adapted to catching and carrying fish — making it the ideal mascot for a fishing town like Anacortes. For A.H.S. students, initially “Seahawk” had less to do with birds than with cinematic pirates; meanwhile real fish pirates and rum-runners were active in the local waters before, during and after the Prohibition era.

What brought the name to the public’s attention was a best-selling pirate novel by Raphael Sabatini, published in 1915. His book, called The Sea Hawk, was about a 16th century Cornish gentleman who is betrayed by his brother but later escapes from enslavement to become the pirate “Sakr-el-Bahr” or the Hawk of the Sea. This novel was made into a silent film released on June 14, 1924. Within seven months of the film debut of The Sea Hawk, the name had been adopted by the students of Anacortes High School for its athletic teams. 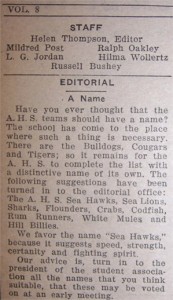 The February 5, 1925 edition of the A.H.S. newspaper, The Anacortes Skyrocket, contained an editorial simply headlined “A Name:”

“Have you ever thought that the A.H.S. teams should have a name? The school has come to the place where such a thing is necessary. There are the Bulldogs, Cougars and Tigers; so it remains for the A.H.S. to complete the list with a distinctive name of its own. We favor the name “Sea Hawks,” because it suggests speed, strength, certainty and fighting spirit.”

This was the beginning of the Anacortes Seahawks, which eventually also became the name of the student newspaper. The school colors—purple and white– actually preceded the Sea Hawk name. 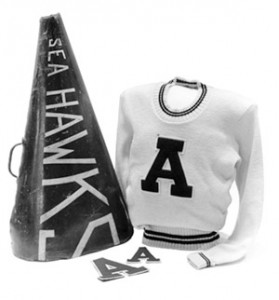 The student association took rapid action, weeding out such names as the Codfish, White Mules, Hill Billies and the Rum Runners to establish Sea Hawks as the official A.H.S. nickname, which appeared in print for the first time in the February 12, 1925 article about the boys’ basketball team’s game against the Bulldogs of Mt. Vernon. This was the first recorded use of the Sea Hawks in reference to an A.H.S. team. Throughout the rest of 1925 it was used sporadically, and sometimes spelled Seahawks. Nothing was reported on how the name was finally selected, but presumably by a vote of the student association. Did the Skyrocket activists stop after the Seahawk nickname success? Not in the Roaring Twenties; they began their own stadium campaign, lobbying for a gymnasium, so that A.H.S. teams could play on campus rather than the Elks’ (now City Hall) basement. 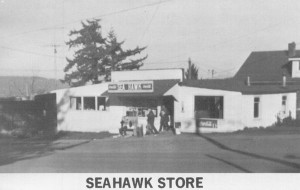 Sea Hawk fever had taken hold by 1926, and the yearbook declared the “Sea Hawk Number” with a Sea Hawk and pirate theme throughout. All sports teams are referred to as Sea Hawks in the 1926 annual, which has remained the Rhododendron since its inception in 1910. The name of the Anacortes High School newspaper is another story; it was named The Anchor in 1915, The Sky Rocket in 1919, and The Sea Hawk by 1928. Another name change occurred when the High School Store (located at 17th Street & K Avenue) became known as the Seahawk Haven and later the Seahawk Store, operated for decades by the Atterberry family. 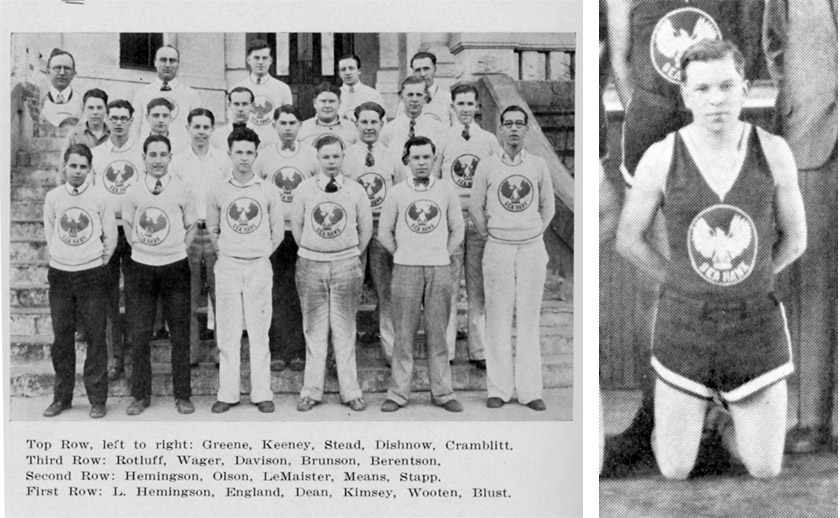 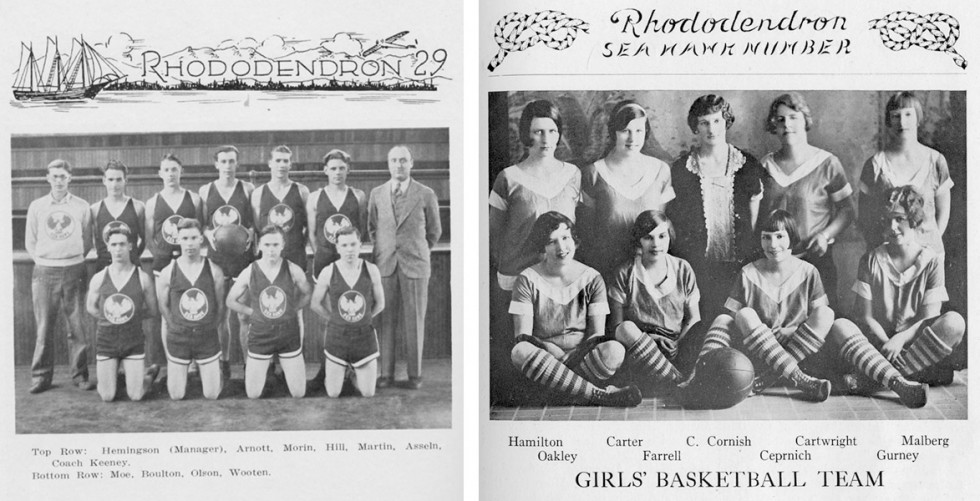 Branding was a bit slower back then; it took a few years for the Seahawk emblem to arrive on jerseys and sweaters, notably on those of the Knight Hawks service club, which was “on guard against any dead beats who might try to enter without paying the admission price.” A standout of the Knight Hawks and Seahawks was future hall of fame coach Richard “Boots” Wooten, whose family’s local roots in the Samish Indian Nation extend to time immemorial. 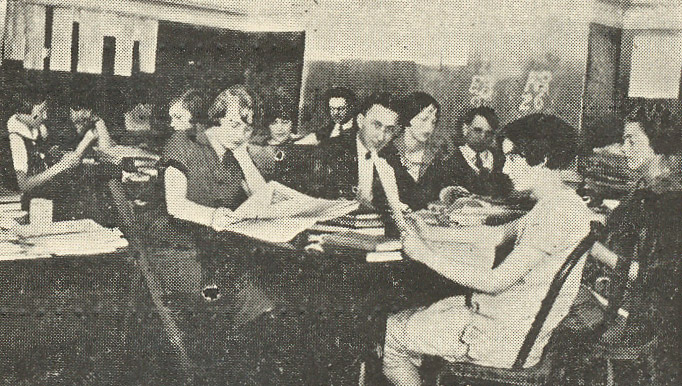 Wallie Funk, Anacortes’ renowned historian (and A.H.S. Yell King in 1941) recollected that Langford White had something to do with suggesting “Sea Hawk” for a nickname. White was a 1925 A.H.S. graduate who was also on the Skyrocket staff and the A.H.S. basketball team. Of the other original Sea Hawks, Iver Moe became a labor activist during the Great Depression, Jerry Burich fished commercially, and Lennart Anderson had a limited run as a pro wrestler.

At least one Anacortes resident played a role in the naming of the Seattle Seahawks; among the 151 people who suggested the winning name in 1975 was Deane Brazas, whose father, Alphonse, was a teammate of Boots Wooten in the early days of the Anacortes Seahawks.
“‘In addition to a framed certificate signed by the owners, I received a personalized book about the history of the team,’ said Anacortes resident Deane Brazas. He e-mailed seattlepi.com and shared his story. ‘In addition, I received two tickets to a preseason game every year until Paul Allen bought the team.'” 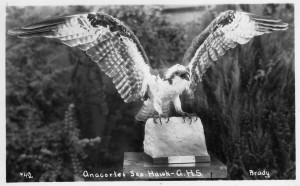 Eric Sundblad (A.H.S. 1963) is credited for inspiring this story with his research request at the Anacortes Museum; it was written by Bret Lunsford (A.H.S. 1981)