The Call of the Wild with Lynn Karns - Anacortes Magazine - Art, Music, and Community

The Call of the Wild with Lynn Karns 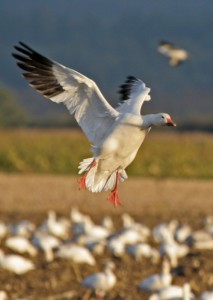 1.Why wildlife? (why do you shoot mostly wildlife?)

Shooting photographs of wildlife gives me the opportunity to observe and capture moments when wild animals are just being themselves. They are constantly moving and changing and that is challenging to me. I love trying to find humorous photos, close up or beautifully lit photos.

2. What was your first wildlife photograph?

I have shot photographs of wildlife for as long as I can remember. The first time I realized that I really loved shooting wildlife was when I found myself lined up with birders and photographers in Florida on Sanibel Island waiting for a flock of Roseate Spoonbills to fly in at dusk. I thought about my father who was a wildlife biologist and an active participant in the Audubon Society. For the first time in my life I understood his passion for wildlife.

Probably my two favorite subjects are water birds and whales. The common denominator is the water. Since being around water is my favorite environment, I am attracted to photograph wildlife there. I have so much respect for whales and their close family ties that I want to try to tell that story so that others can see how important they are to protect and preserve. Water birds and raptors are graceful, wary, and proud. I want to show those qualities when I photograph.

I feel strongly that one needs to respect wildlife and not place yourself or the animal in danger. That said, however, there was one time when I was a little nervous. Dave and I were traveling in Canada close to the Canadian Rockies when we pulled into a rest stop. The tourists hadn’t come yet so we were the only ones there. As we started to exit the car I spotted three bears just about 10 feet from us and I jumped back into the car. We watched them wander around for a few minutes and then I carefully opened the door and took a few shots. Dave stuck his head out the sun roof. They looked up and gazed at us for a few minutes and then kept on looking for dandelions. I knew how fast a mother bear could move so I stayed behind the protection of the door but my heart was racing because they were so close. Fortunately we all were fine but unfortunately the bears were in fairly dark shade so we were not excited about our pictures later.

I believe the luckiest photograph I ever captured was five years ago on my birthday. Dave and I went out to Washington Park loop road and were just getting out of our car to take pictures when a gal drove by yelling, “Come down to Green Point; the whales are coming.”  We recognized the girl from going out with Island Adventures so we believed her and jumped back into our car. We drove down to where we believed she was talking about and then set up our tripods and cameras. In the distance we could see them coming. I kept watching through my lens and I saw a whale come up out of the water. I pressed down on my shutter release taking multiple pictures as the whale breached. Later we are able to stitch the pictures together and show a complete breach. We later identified the whale as Princess Angeline. I believe it was a very lucky shot. A friend of ours who has lived in Anacortes his entire life said, “I can’t believe it. I have never seen the orcas off Green point in my life.”  I called it God’s birthday gift to me.

Probably my most memorable moment also happened in Canada on a different trip to the Canadian Rockies and it also involved bears. We were traveling through Kootenay National Park when we saw some bears off the side of the road. There were cars beside them so we got in line behind them. When it was our turn to drive up close to them, I was surprised how close they were AND how active they were. I was “almost” afraid to put the window down.  We also had to keep an eye out for the local state trouper because they were not happy with the tourists stopping.  We got some fabulous pictures of them in the dandelions. I was on a high for weeks afterward.

Remember that wildlife is out at dawn and at dusk. Don’t waste your time looking during the heat of the day unless you are in a zoo. However, a zoo is a very good place to practice shooting photographs of wildlife. You really can capture some very nice shots since you have a captive audience.

I have a 100 to 400 lens, 4.5-5.6 lens which I call my wildlife lens. It is portable and easy to handle. I don’t need to worry about depth of field when I am shooting far away so the speed of the lens is good for me. Shooting digitally with a small sensor, a 400 lens is equivalent to a 600 so the length is good also. I am not tied to a tripod because I can handhold this lens also. I believe every wildlife photographer should have a good long lens but it should be easy to handle. 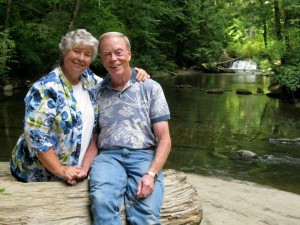 I consider myself both a communicator and an artist. For most of my working life I was a English, journalism, and photography teacher in high school for 20 years and then at Grand Canyon University in Phoenix, Arizona for 10 years. My passion has been photography since I taught in Japan at a military base for two years, in 1969-71, bought a manual camera and spent as much time as possible traveling around the east attempting to photograph and tell a story at the same time. When I came back to the U.S., I took 18 hours of photography from Arizona State University and began incorporating photography into my teaching. I loved watching students “catch the bug” like I had. I retired in 2005 and moved with my husband to the Northwest where I love to travel and photograph the beautiful vistas and wildlife available to us. 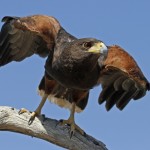 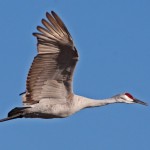 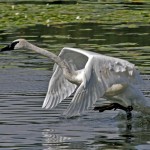 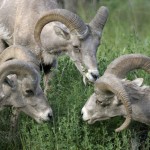 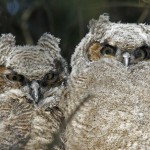 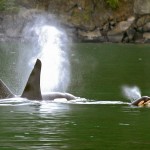 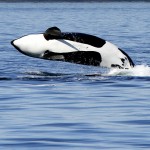 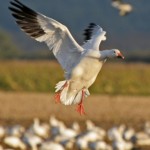 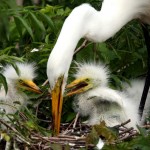 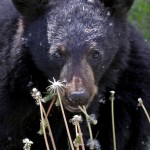 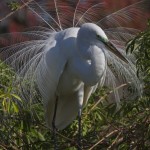 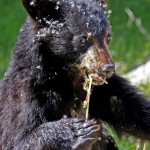 ABOUT THE AUTHOR
Karla Locke
Karla Locke is a member of the Skagit Valley Camera Club and is on the Anacortes Arts Commission. Everyone has a talent, a passion, a way to express themselves; I express myself through organizing creative workshops or events for photographers and artists.